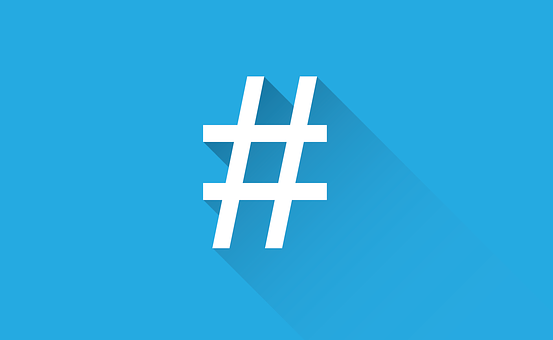 A pound key, a number sign, an octothorpe or just # has many different meanings. The younger generation probably doesn’t even know that this symbol as well as a star appeared on the telephones when telephones got buttons. They know a pound key as a hashtag! One might think that this little sign doesn’t deserve much attention, but this story is not only about a pound key but the great transformation that is happening right now!

The very first appearance of a pound key on Twitter happened 13 years ago on August 27. The idea of bringing a pound key to Twitter belongs to Chris Messina who had noticed that that symbol was used on other sites. What was more, he noticed that the sign was very helpful to users. He started analyzing the way Jaiku and Flickr work to learn how to incorporate pound keys into use of Twitter. The interesting thing was that not everyone was fond of using hashtags on Twitter. The funniest thing was that people complained about the way the sign looked. They called it ugly and distracting, many users refused to use it. Probably, they just didn’t want to put # every time they post a new tweet, probably users considered it too time-consuming. Chris Messina wasn’t ready to give up, he insisted that the hashtag would improve user experience. Mr. Messina’s original plan hasn’t been fully implemented. Yes, people use hashtags, all complaints are long-forgotten, but some of his ideas were dismissed. Nevertheless, he is still very proud of the job he has done.

Hashtags can make your message clearer! Adding them, you give people context they need to understand the message correctly.

Let’s imagine you post a tweet on a serious problem you would like other people to know about. If you omit adding a hashtag, you lose your potential readers. It will take you a second to add it, but it will make a great difference. With right hashtags your post will be more visible.

Want to get the latest tweets about 2020 US presidential elections? Looking for info about the explosion in Beirut? All trending topics are already on Twitter. It doesn’t matter if you follow a person who posts something on this or that topic you are interested in or not, if you follow a certain hashtag, you will see it in your feed.

Though hashtags are really helpful, please, don’t overuse them! According to the stats provided by Twitter itself, three and more hashtags in one post will most certainly diminish engagement on your tweet. It is more effective to choose one or two hashtags. What to consider when choosing board meeting management software